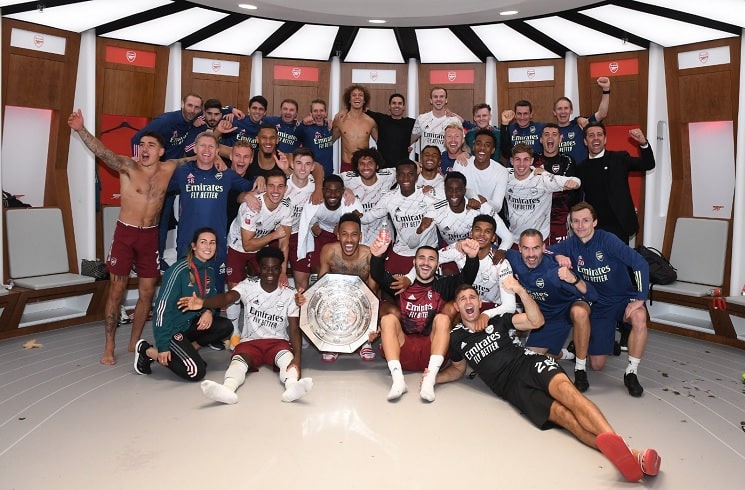 Emiliano Martinez is now a Community Shield champion after Arsenal’s 1-1 but 5-4 win on penalties against Liverpool.

After helping Arsenal win the FA Cup, the Argentina goalkeeper has won Arsenal’s first trophy of the season. Arsenal took a 1-0 lead but Liverpool would draw level taking the match to penalty kicks.

Arsenal would go on to win 5-4 after Liverpool had missed their third penalty in the shootout.