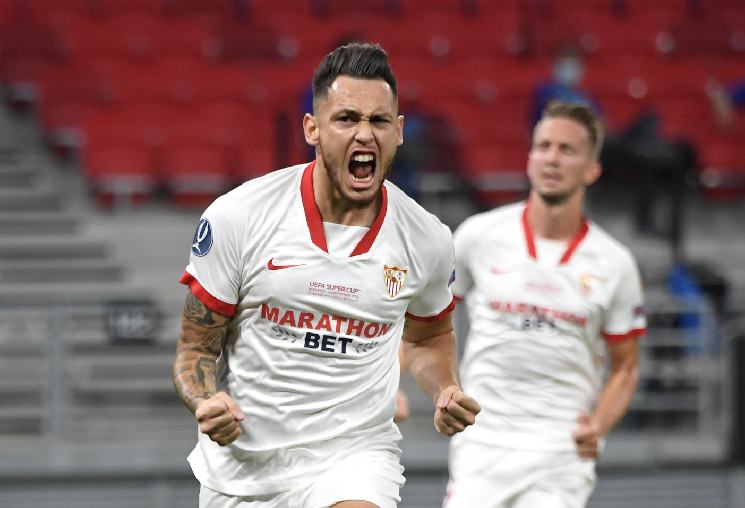 Lucas Ocampos scored for Sevilla in their 2-1 Super Cup loss to Bayern.

Ocampos continued his great form for his club, this time tormenting Bayern Munich. In a match between the UEFA Europa League winners and the UEFA Champions League winners, it was Sevilla which took the lead. A penalty was awarded and Ocampos scored a no look penalty against Germany’s Manuel Neuer to put Sevilla ahead.

He has now scored every penalty he has taken for Sevilla, that is six penalties out of six. Ocampos has also been selected by Argentina coach Lionel Scaloni for next month’s World Cup qualifiers.

The match would go to extra time and Bayern would score to win the trophy.

Lucas Ocampos is baller idk how this guy hasn't been bought by a big club yet 🥶#SuperCup #BayernSevilla #ocampos pic.twitter.com/9CtSnNRZXF

GOAL! Lucas Ocampos beats Manuel Neuer from the penalty spot to give Sevilla the lead in the #SuperCup! 👀