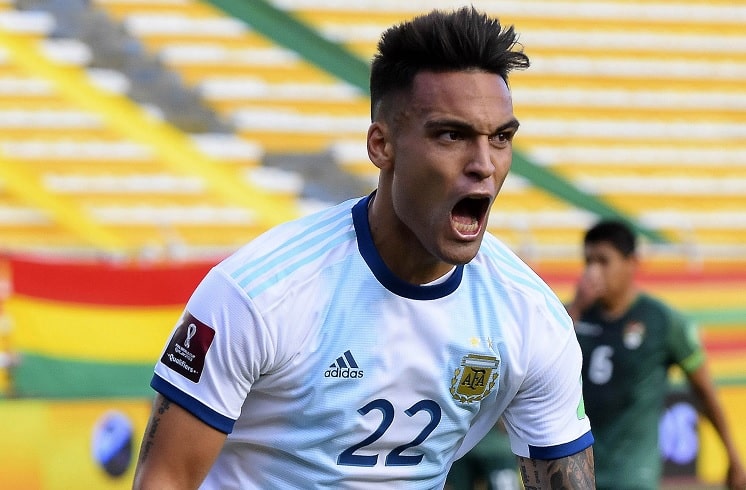 Lautaro Martinez and Joaquin Correa, the two goal scorers, spoke about Argentina’s 2-1 win vs. Bolivia in the World Cup qualifiers.

Martinez scored the first goal and Correa scored the second in what was a difficult match for Lionel Scaloni’s team. Speaking after the game, here’s what Lautaro had to say:

“Obviously it’s possible to win here. We thought about what this game meant to us because of its history. We won’t deny that it’s difficult to play here, it changes a lot.

“This is a young team, new with players of experience like Leo, Nico, that today killed themselves today. I saw Nico jumping for a header, running, pressuring.

“Many things were said but we are focused on what we have to do. To win and to bring the three points home. We knew that the match was going to be like this. I believe that this team, today, showed a lot of heart. We are very happy.”

Joaquin Correa had this to say:

“I always kept my faith in coming to the Argentina national team, which is the greatest thing of all. I’m very happy for having scored and for having helped the team.

“The coach told us all that we have to try and be aggressive with the ball, that we have to be more vertical. On the goal, I thought about hitting it first time because I know that this pitch and this ball are difficult for the goalkeepers.”