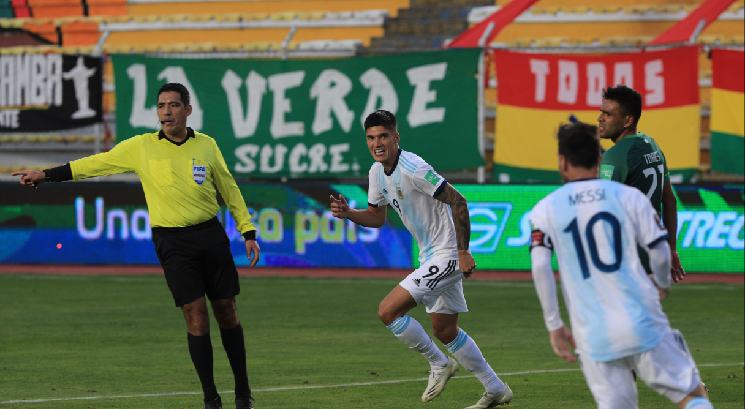 Lautaro Martinez and Joaquin Correa each scored to give Argentina the 2-1 win vs. Bolivia, their first since 2005 in La Paz.

Lionel Scaloni’s men got all three points and start off the World Cup qualifiers with two wins out of two. Bolivia took a 1-0 lead and it looked like Argentina were going into half time a goal down. Leandro Paredes had a shot which hot the crossbar and could have drawn Argentina level. With a minute left in the first half, Lautaro Martinez beat his marker inside the penalty area and his shot was nearly that of a tackle on the ball as he scored.

The second half saw Lionel Scaloni substitute Joaquin Correa for Lucas Ocampos into the match. Lionel Messi had a free kick as he tried to go under the wall but it was blocked. Rodrigo de Paul was substituted for Guido Rodriguez while Leandro Paredes was taken off for Nicolas Dominguez.

Argentina get their first win since 2005 in La Paz and have six points out of six.