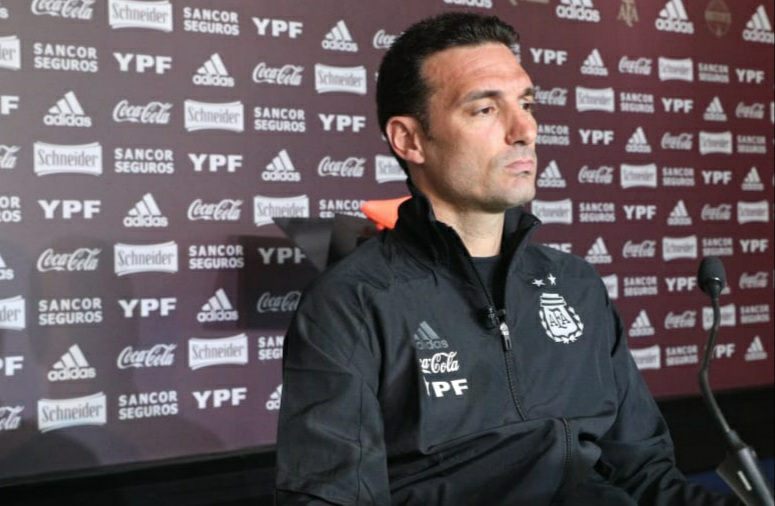 Lionel Scaloni spoke about several things at a press conference on Monday. From the team playing well against Paraguay to VAR and much more. Here’s what he had to say:

“Against Paraguay, I believe it was all us. The best we played was in the second half. We have to capitalize on the chances we get. I believe we dominated Paraguay for 65 minutes.

“The idea was that of what we saw as of minute 20, moving the ball, generate chances, have players that can get to the goal. Against Paraguay we didn’t win but I believe we played much better. I think we are on the right track.”

Scaloni also spoke about Nicolas Gonzalez, who will play against Peru on Tuesday:

“I believe Nico Gonzalez played a good game. We had no doubts about what he could bring to the team. He’s in good form, we believe he could be an important player.”

In regards to VAR and Lionel Messi’s goal which was ruled offside:

“The other day, we were convinced that the goal which was ruled off was valid. On a psychological level, it was difficult. But just as much, the team continued to attack. There are some decisions that are rule differently elsewhere.

“The VAR protocol is the same all over the world, if not, it makes no sense. I get the feeling that there’s no exact criteria for VAR. There are a lot of doubts which shouldn’t be there.”

He also spoke about the team and the starting eleven:

“The second call up we were more calm but the first one was very interesting. With the players separate, eating in their rooms. This time, we were able to unite them, we are a bit more calm but it’s a difficult situation. We talk a lot about occupying space and to have a lot of movement, above all in the middle of the pitch.”

About the upcoming game vs. Peru:

“I imagine Peru likes to play football, they have players that are good with their feet. I think their idea is to attack too, that there could be spaces.”