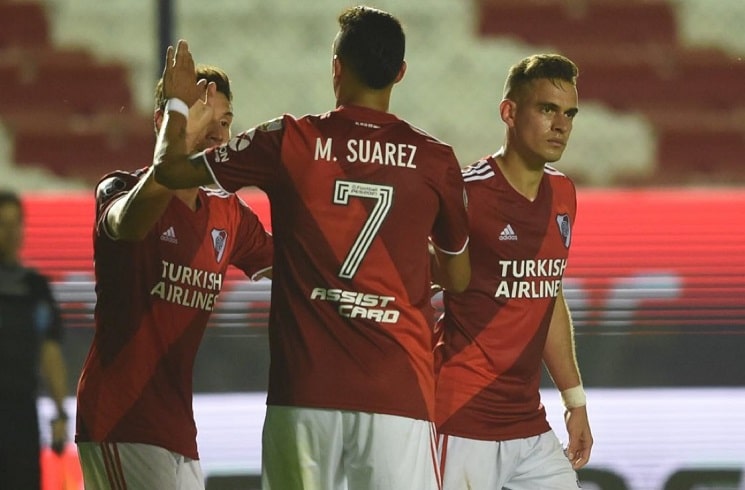 River Plate booked their spot in the semi-finals of the Copa Libertadores where they will play Palmeiras.

The four time Copa Libertadores champions have made the semi finals again after a 6-2 win vs. Nacional, 8-2 on aggregate. Marcelo Gallardo’s team managed six goals away, one of which was scored by an Argentine. River Plate took a 2-1 lead going into half time and it was Bruno Zucculini who made it 3-1 as he scored from close range.

In the other semi-final, it’s Santos who will play the winner of Racing Club or Boca Juniors. We could once more have an all Argentine club final.