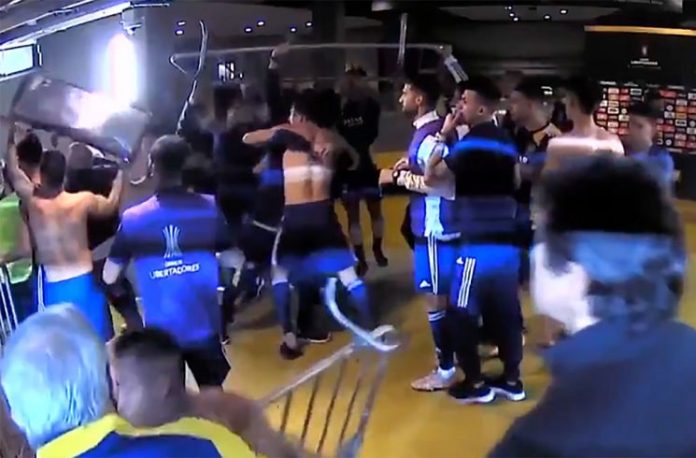 Boca Juniors were clearly affected by the refereeing, both in the 1st leg and in the 2nd leg against Atletico Mineiro in the Copa Libertadores. The Argentine club were eventually eliminated on penalties. After the game, Boca players, coaching staff, and directors ended up in a brutal fight against the Brazilian police, inside the changing rooms.

The match referee, Esteban Ostojich, who also refereed the Copa America final between Argentina and Brazil, called a non-existent offside on Diego González of Boca, after it was called by VAR. 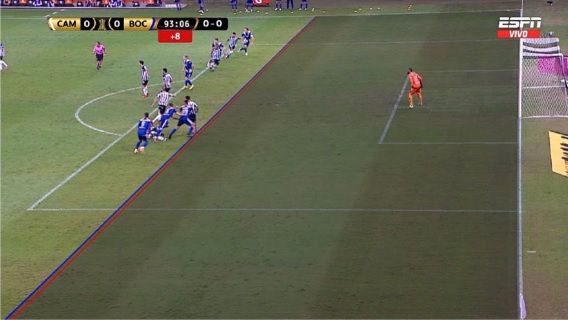 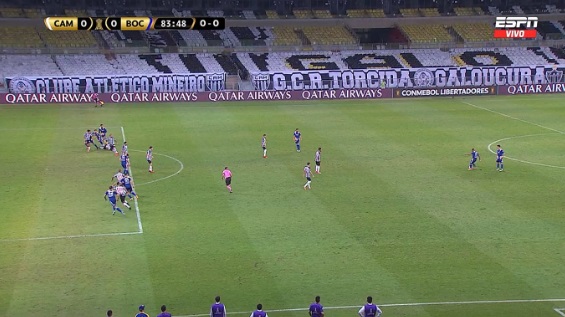 It would have been 1-0 for Boca in Brazil, which would have then forced Atletico Mineiro to score two goals to qualify for the next round. After the VAR referees took a couple of minutes to make a decision, they decided to call the main referee to check the play, who finally called off a legitimate goal.

However, the same thing happened in the first leg. At La Bombonera, the referee, who was later suspended along with the VAR assistants by CONMEBOL, called a non-existent foul on a goal disallowed for Boca. Here are the two wrongly disallowed goals of Boca Juniors vs. Atletico Mineiro, in the first leg and the second leg:

What happened next, was expected to happen. Boca players, coaching staff, and directors ended up in a brutal fight against the Brazilian police inside the changing rooms. According to Boca, the Brazilian police started the fight by throwing tear gas at the players. There, everything exploded:

Jorge Bermúdez, former Boca player, today member of the board of directors, was outraged against the Brazilian police:

Sérgio Coelho, president of Mineiro, throwing water bottles at Boca players amid the incidents in the locker room corridors:

Marcos Rojo and the captain Carlos Izquierdoz punching the Brazilian police after being attacked by them:

Former Argentina defender Marcos Rojo threatening the police with a fire extinguisher in his hands. Jorge Bermúdez managed to stop him:

Raúl Cascini, Intercontinental champion with Boca as a player in 2003, today a member of the board of directors, enraged against the Brazilian police. Especially against police officer number 145 who, according to versions, had said something to Cascini for him to react that way:

After the conflicts, the police wanted to arrest two Boca players, Carlos Zambrano and Sebastián Villa, a number that later rose to eight.

Here, the members of Boca telling the Brazilian police that either they were “all leaving, or no one,” making it clear they will remain all together regardless of the circumstances:

The vice president and legendary former Boca player, Juan Román Riquelme, spoke with TyC Sports and destroyed CONMEBOL. This is what he had to say:

“This was never seen. A team that wins both games and is out! This is shameful. They did not let us advance.

“When you score two goals and they don’t want to allow them, nothing can be done.

“If they throw tear gas in your face, would you not defend yourself? Now they want to arrest one of our players. In Brazil it is always like this. The President of Mineiro threw bottles at us!”

In addition, Riquelme also pointed out what happened just a week ago in the match between Cerro Porteño and Fluminense, where the VAR assistants did not take into account a Brazilian player in the goal review, and disallowed a legitim goal for the Paraguayans.

Here, the VAR audios of the mistakenly disallowed goal of Cerro Porteño vs. Fluminense:

In addition, this Wednesday evening Boca Juniors issued a very harsh statement based on what happened, which President Jorge Amor Ameal signed. Below, some of the harshest parts:

“What happened marks an unprecedented event, as it is the only case whereby winning the two games in the series a club is eliminated from the competition.

“Once again we have been harmed by decisions that have little to do with sports and a lot to do with the arbitrary management of a competition that does not deserve it.”