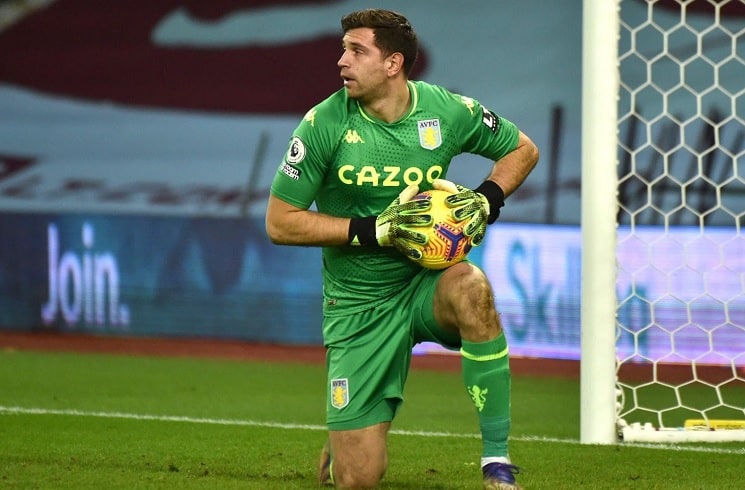 Emiliano Martinez leads the Premier League with the most clean sheets as he got another one for Aston Villa in their 3-0 win vs. Crystal Paace.

Martinez has established himself as one of the best goalkeepers in the Premier League this season. After having left Arsenal and joined Aston Villa, the Argentine not only has more clean sheets than his former club who have three but he has more than any goalkeeper.

It’s seven wins and one draw which make up Emiliano’s clean sheets this season. He won his first four matches with Aston Villa, three of which were without letting in a goal while the fourth was vs. Liverpool in a 7-2 win. In the 14 matches he has played, he has let in 13 goals. Here are his matches this season:

He has made a case for being Argentina’s number one goalkeeper.