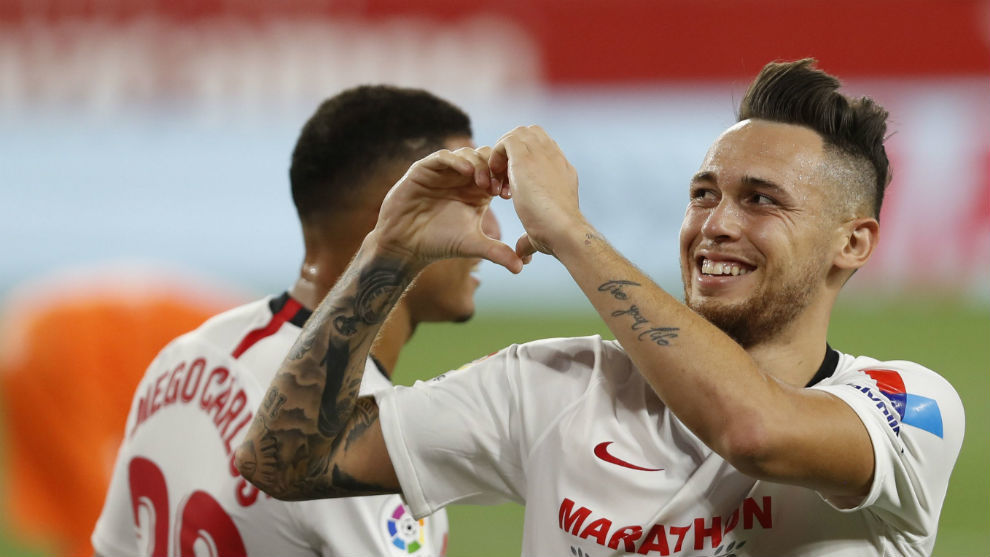 Lucas Ocampos had a goal and an assist for Sevilla in their 2-0 win vs. Villarreal.

Ocampos registered his third goal and his third assist of the season for Sevilla in 14 matches. A shot into the penalty area hit Juan Foyth’s arm as the referee called for the penalty. Ocampos opened the scoring as he stepped up and converted the penalty to give Sevilla the 1-0 lead.

(18) OptaJose on Twitter: “8′ – Lucas Ocampos has scored his eight penalty shots in his #LaLiga career (100%), seven of them at home, and the earliest @SevillaFC_ENG penalty goal at Sánchez-Pizjuán this century in the competition (7’32”). Breakfast #SevillaVillarreal https://t.co/88fYoCbQcY” / Twitter