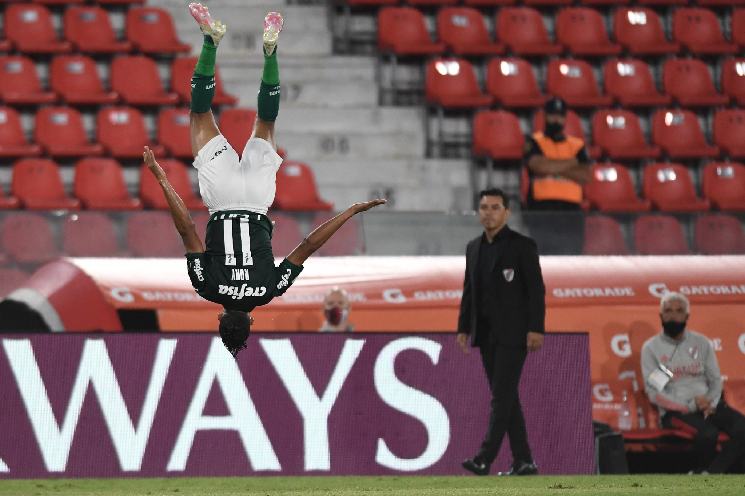 River Plate lost 3-0 vs. Palmeiras in their first leg semi final match in the Copa Libertadores.

Last year’s finalists will have to pull a rabit out of a hat if they want to reach a third consecutive Copa Libertadores final appearance. A 3-0 defeat to Brazilian side Palmeiras, with the second leg to be played in Brazil, means Marcelo Gallardo’s men have their backs against the wall.

Despite getting scoring opportunities early in the match, it was Palmeiras who would take advantage from a Franco Armani goalkeeping error. A low cross into the penalty area was cleared by Armani but only for it to land on Rony’s feet and the Palmeiras man would score as Armani was still backtracking to give his team the 1-0 lead.

The second goal would come off a counter attack. River would find themselves dispossessed in midfield as Luiz Adriano would run clear on goal against Armani who would come out to try and block the shot but Palmeiras would end up doubling their lead early in the second half.

Things would go from bad to worse for Gallardo. Frustration by Jorge Carrascal would see him getting sent off. Matias Vina would make it 3-0 off the resulting free kick. A cross sent into the area and Vina would score off the header to give Palmeiras a commanding 3-0 lead going into the second leg.

Both teams will play each other on January 12 in the second leg to see who makes the final.