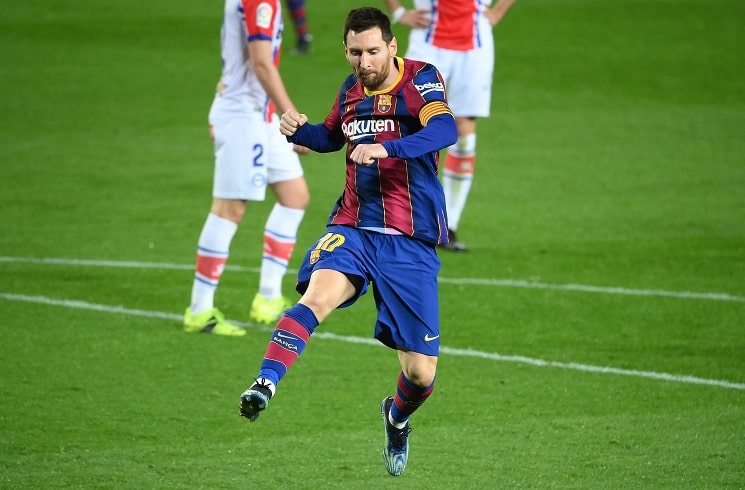 Lionel Messi scored two goals from outside of the penalty area for FC Barcelona in their 5-1 win vs. Alaves.

Messi was as dangerous as he has ever been as he scored twice and had one goal disallowed. With Barcelona leading 1-0, Messi scored to make it 2-0 but the goal was disallowed for offside. However, Messi was sure to get a goal.

The Argentine would receive the ball from outside of the penalty area and his shot would hit the post and in to give Barcelona the 2-0 lead. A thunderous shot by the captain which curls around the defenders and beats the goalkeeper.

He was not done just yet. Once more he would receive the ball from outside of the penalty area, he’s run towards the center and lift off his shot which would go into the top corner of the goal to make it 4-1 for Barcelona.