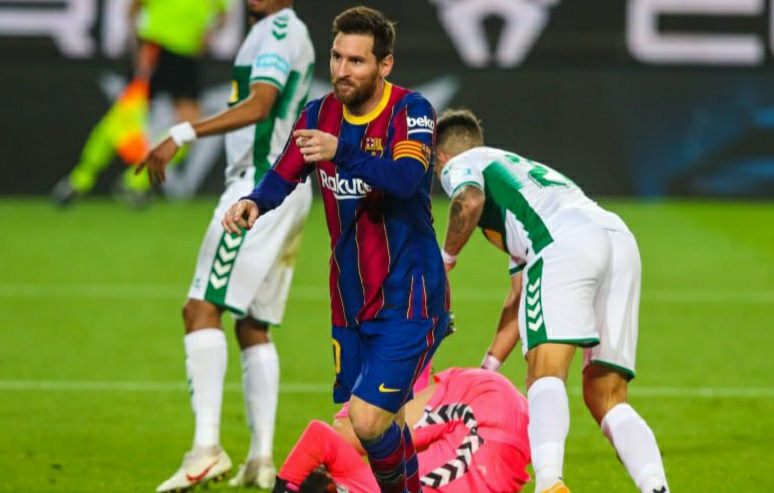 Lionel Messi scored twice for FC Barcelona in their 3-0 win vs. Elche as he leads the Pichichi race.

Messi is the league’s top scorer this season after having scored Barcelona’s opening two goals. With the first half finishing 0-0, Messi gave Barcelona the 1-0 lead through a lovely goal. He would receive the ball and dribble passed a few Elche players before playing a one-two with Braithwaite who would back heel it to Messi as he woukd drag the ball forward and score.

The Argentine wasn’t done just yet. De Jong would make a great run towards the Elche back line as he would pass the ball to Messi. The captain would dribble inside the penalty area and with several opportunities to score, would continue dribbling before ultimately chipping it into the net for Barcelona’s second goal of the match.

He has now scored 18 goals in the league this season.