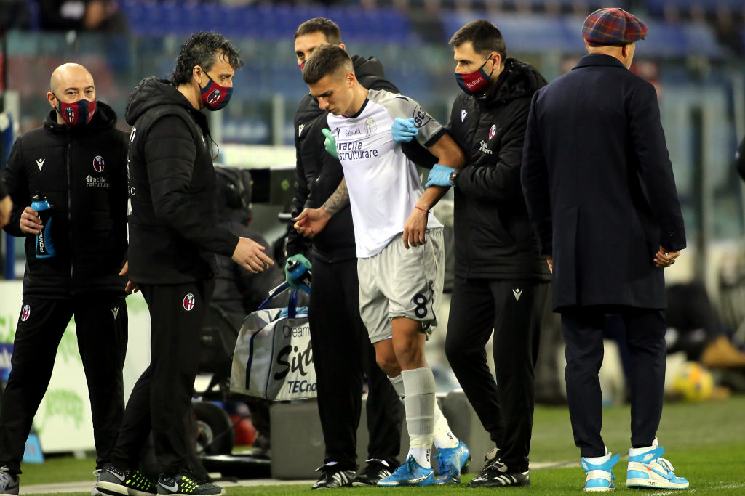 Nicolas Dominguez injured himself during Bologna’s match vs. Cagliari.

Dominguez was unable to complete Bologna’s last Serie A match vs. Cagliari as he was substituted off injured before half time. The Argentina took a misstep and fell to the pitch alone without contact from a Cagliari player. The extent of his injury remains unknown for the moment.

Argentina national team coach Lionel Scaloni will have one less player to count on for this month’s World Cup qualifiers. In addition to Nicolas Dominguez, Eduardo Salvio, Angel Di Maria, Paulo Dybala and others are injured and are very likely to miss Argentina’s two matches this month vs. Uruguay and Brazil.