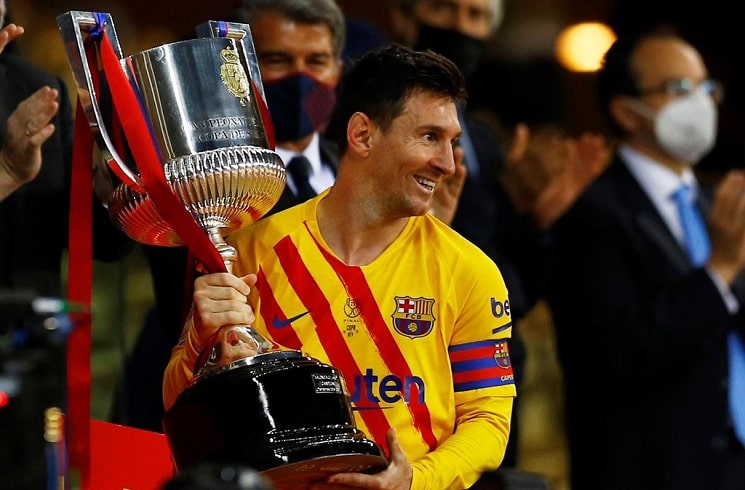 Lionel Messi scored twice, one of which will go down in his never-ending list of incredible goals as Barcelona won the Copa del Rey.

It was 2-0 Barcelona when the Barcelona captain received the ball and went on to score one of the greatest goals in Copa del Rey final history. Messi would get the ball in his own half, play a one-two with Pedri, dribble forward, play another one two with Frenkie de Jong, give it back to de Jong, the Dutchman would hold up the ball and pass it back to Messi as he would skip pass a defender and pass the ball into the back of the net.

A truly incredible goal as words cannot do it any justice. However, Messi was not done just yet. He would score a second just minutes later. Jordi Alba would play a pass back to Messi who would score off the edge of the penalty area and make it 4-0 for Barcelona.

Messi has now scored 31 goals this season, the same amount of goals as he scored all of last season for Barcelona. This is also his seventh Copa del Rey final win.

Congratulations to Lionel Messi on winning the Copa del Rey!

MESSI WHAT A GOAL 🔥🔥 pic.twitter.com/HqaBruyPXB

MESSI SCORES HIS 2ND GOAL OF THE NIGHT 😍🐐pic.twitter.com/9mps2jhPCU