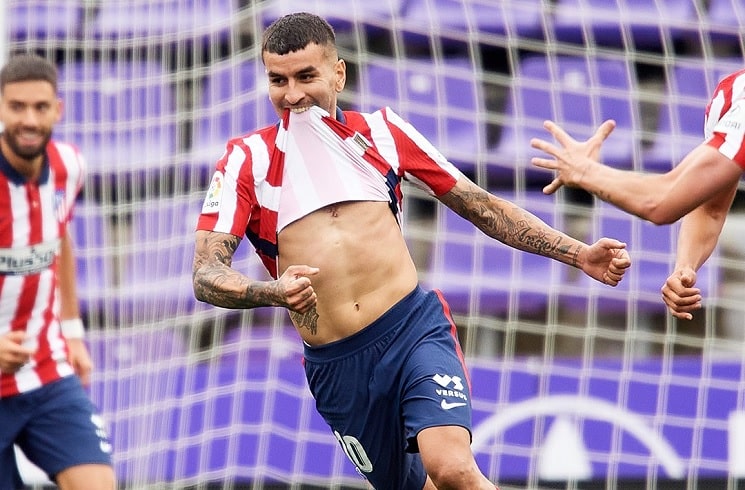 Atlético Madrid defeated Valladolid 2-1 with Ángel Correa scoring a stunning and very important 11th goal of the season. Diego Simeone, who was emotional after the match, won his 8th title coaching “El Aleti.”

It was the last game of the season and Atlético Madrid knew they depended on themselves. With their competitors Real Madrid playing against Villareal simultaneously, and losing 0-1, Simeone’s team knew they had the cup in their hands. What looked to be an advantage was that they were playing against the last placed team in the standings. However, Atlético Madrid found themselves losing 0-1 in the first half.

Ángel Correa was a key player in his team’s comeback as he equalized for Atletico in the second half, following a fantastic individual play. The Argentine has become an important player for Atlético de Madrid, the club where he has been at since 2015. National team coach Lionel Scaloni has included him in the Argentina squad for next month’s World Cup qualifiers.

Diego Simeone was probably the happiest man on earth after the final whistle. Or at least that is how he showed himself. In the post-match interview, this is what he had to say:

“The first thing that comes to me is a smile. It is a joy that comes from inside me.”

“Before the game, I was remembering when the Atlético fans asked me whether I was staying or leaving. I told them that I was going to stay because I believed in the future of the club, and I was not wrong.”

There are few tougher tasks in professional football than competing against Real Madrid and FC Barcelona. “El Cholo” took Atlético Madrid to an unparalleled level by turning the historic dual rivalry into a triple competition. Here are Simeone’s list of trophies with Atletico: