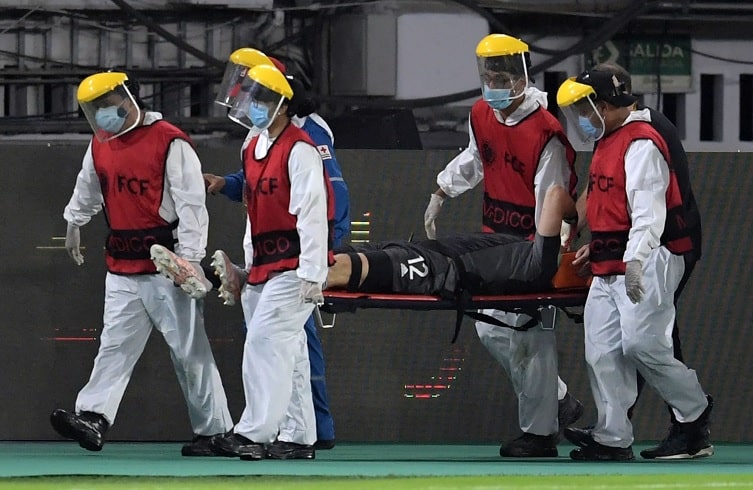 Emiliano Martinez had to be substituted off for Argentina in their 2-2 draw vs. Colombia but the goalkeeper is already doing better.

Martinez was having a strong game for Argentina, coming out catching and clearing every ball crossed into the Argentina penalty area. However, on one cross, he was knocked down and his head hit the pitch. Martinez had to be stretchered off and substituted for Agustin Marchesin.

The goalkeeper spoke after the match with a quote on the Argentina Twitter page. Here’s what Martinez had to say:

“I’m better, it was a strong hit but the doctors did their job. Obviously I wanted to continue playing, the anger of being taken out and I found out that they drew at the end. It’s a bitter taste but I’m fine.

“They took me out because I lost consciousness a little, I hit the back of my neck hard but the crying and the anger was because it was my second match with the Argentina national team and I didn’t want to be substituted. But the doctors did their job.”

The official Argentina Twitter page also tweeted out that Martinez is fine and will be returning to Buenos Aires with the rest of the squad.