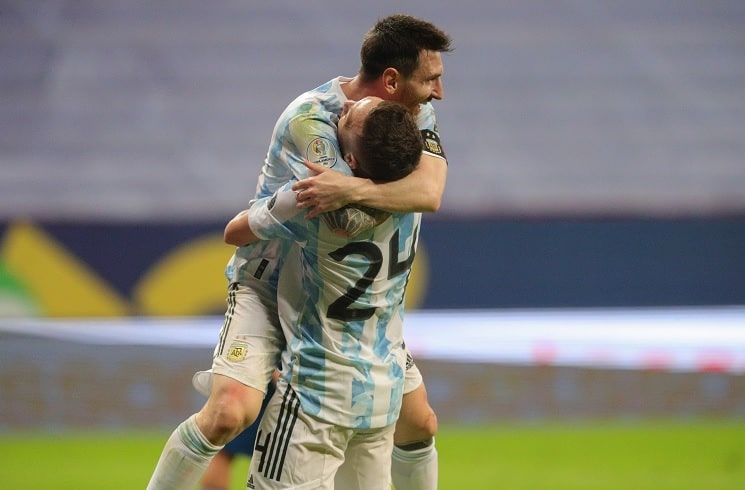 Alejandro Papu Gomez scored for Argentina in their 1-0 win vs. Paraguay.

Argentina are qualified to the knockout round of the Copa America following the 1-0 win and are now unbeaten in 16 matches. Lionel Messi with a lovely dribble and pass in to Di Maria as he played a great through ball in to Papu Gomez who dinked the ball over the goalkeeper for the 1-0 lead.

A free kick by Messi went just wide as the team saw less of the ball. It looked as if Argentina had scored a second, an own goal but the goal would be overturned for offside. A shot by Di Maria had Messi initially offside as the shot was saved by the goalkeeper. The ball would land to Papu Gomez who would cross it in for the own goal but it would be ruled off.

Lionel Scaloni made a substitution early in the second half as Joaquin Correa was brought on for Sergio Aguero. It must be said that Aguero was sluggish when on the ball and had several poor passes.

It was goal scorer Papu Gomez who was substituted next as Rodrigo De Paul was brought on to bring more stability to the midfield. Scaloni would make two more substitutions as Angel Correa was brought on for Angel Di Maria and Nicolas Dominguez for Leandro Paredes.

The team will not be playing midweek as they have a rest and will play Bolivia next Monday.