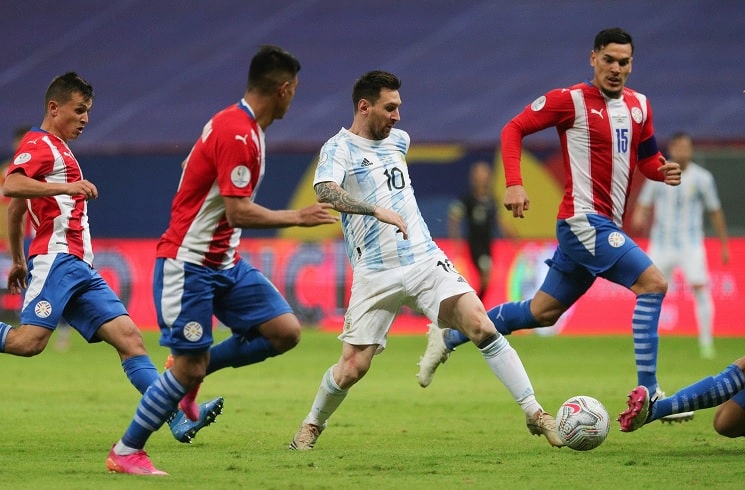 Argentina national team coach Lionel Scaloni spoke to the press following the match where he commented on the team and their reliance on Lionel Messi.

It was a difficult 1-0 win for Argentina in a match which saw six changes from the previous game. The team played a well rested Paraguay and it was Alejandro Papu Gomez getting his first goal in the sky blue and white shirt.

Scaloni commented on the match, Lionel Messi and the upcoming game. Here’s what he had to say:

“What I’m worried about today is the physical conditions of the players. The conditions were not the best to play in. The second half is also a credit to Paraguay. Obviously there are things to improve, like in every match.”

There were rumors that Lionel Messi would be rested for this match but in the end, the most capped player ever for the Argentina national team played the entire 90 minutes. In regards to Lionel Messi, Scaloni had this to say:

“The reality is that Messi has come here having played every match and it’s very difficult not to count on him.”

In regards to the team and the upcoming game:

“I believe the matches in which we got scored on were key moments. Defensively, the team is well. Today, there were players that worked very well for the team.

“It’s a possibility that in the next match we rotate. Having qualified gives us peace of mind. Now we have to recover and train.”

The team will not be playing midweek as their next match will be vs. Bolivia next Monday.