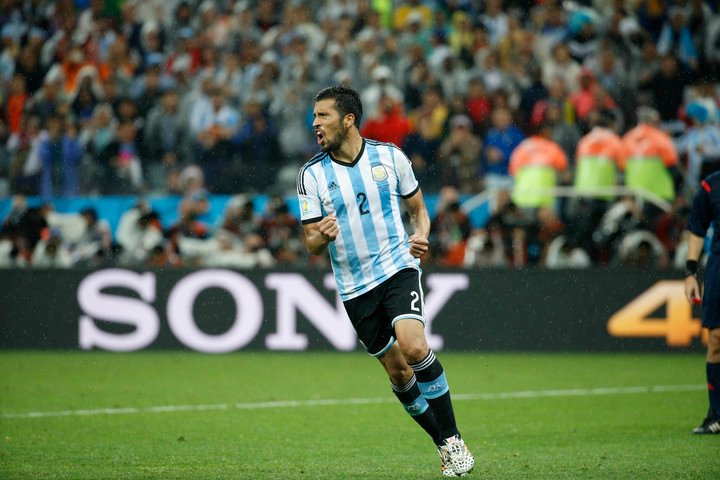 Ezequiel Garay has announced his retirement from football.

Former Argentina man Ezequiel Garay has announced through social media that he will not continue playing football. Still only 34 years, Garay spent many of his years playing in Spain.

Having started at Newell’s Old Boys from 2004-2005, Garay joined Racing Santander in Spain for three seasons. Having impressed at Racing, he made a move to Real Madrid.

Not a regular starter at Madrid, he was sent back on loan for one season at Racing. From there, he spent three years at Benfica where he started getting called-up to the Argentina national team.

After Benfica, he joined Zenit for two years before finally going back to Spain, joining Valencia. He played for them from 2016 until 2020 where he just announced his retirement.

With the Argentina national team, he won the U20 World Cup back in 2005 alongside Lionel Messi, Pablo Zabaleta and several others that would go on to play for the senior side.

He also won gold at the 2008 Olympics where he was a starter. He represented the sky blue and white 32 times at senior level. He was a rock and the heart of the Argentina national team back line.

Thank you Ezequiel Garay for everything!

Former Argentina, Newell's, Real Madrid, Valencia, Racing, Benfica and Zenit man Ezequiel Garay has announced his retirement from football. A solid defender who was great at free kicks and penalty kicks, Garay was a rock for Argentina as they made the 2014 World Cup final. pic.twitter.com/9b7sGbGlPp