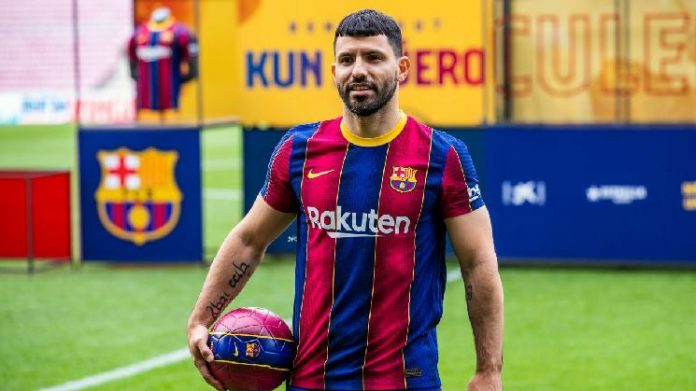 After some rumors about Sergio Agüero possibly leaving FC Barcelona following the departure of his friend Lionel Messi, Agüero himself confirmed to some “Culés” fans that he will stay at the Catalan club.

It was prior to the dinner that Leo Messi organized with his closest people last Friday, “Kun” was in his car when a group of fans stopped the newly signed Barcelona player for a picture. Given the anxiety of the fans wanting to take a photo with Agüero, the new signing told them the following:

“You have me all year long, don’t worry.”

Although the former Manchester City man said it as a way of telling them that there will be time in the future to take a picture, the Argentine also gave a clear signal about his future at the club.

In addition to this, per a report by Argentine journalist Marcelo Sottile for Infobae, during these days Agüero confessed to those close around him the following:

“I can’t believe what happened. I have wanted to share a club with Leo (Messi) for years. But now it is time to continue.”

As his quote stated, Sergio Agüero was, and still is, frustrated and angry about his friend having to leave the club but he will not break his contract with FC Barcelona. In any case, he will not be taking part in any matches for FC Barcelona as he is out injured and will miss 8-10 weeks.