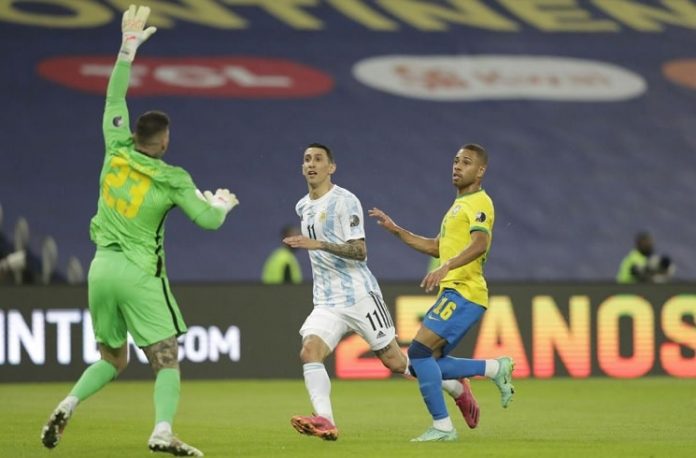 Argentina will play Brazil on September 5 in a World Cup qualifier.

As we reported a few days ago, Argentina will play six World Cup qualifying matches between September, October and November. It will be three matches in September, three in October and two in November.

We know who Argentina will play against but not all dates have been confirmed. The fixtures for September now have a date.

The first match will be an away game against Venezuela on September 2. After that comes the big match of the month.

Argentina will play Brazil on September 5 in Sao Paulo. This would be the first time these teams play each other since Argentina defeated Brazil at the Maracana to win the Copa America. Both teams will play each other in November.

The third match of the month for the Copa America champions will be at home vs. Bolivia. This would be the second match vs. Bolivia in the World Cup qualifiers for Qatar 2022, with Argentina winning the first one 2-1 last year.

In October, Scaloni’s squad will play one away match and two at home. The first match would be away to Paraguay before playing Uruguay and Peru at home. November brings two big matches, one home and one away. The away match vs. Uruguay and after that at home vs. Brazil.

Lionel Scaloni’s team are presently second in the South American World Cup qualifiers with Brazil ahead of them.