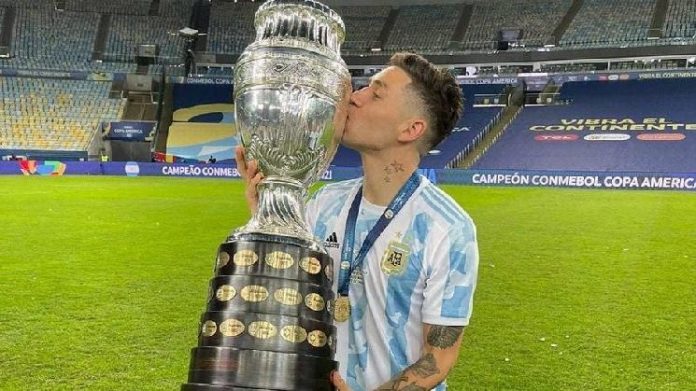 Gonzalo Montiel is travelling to Spain where he will be joining Sevilla.

Montiel is set to join Sevilla as he will make the jump over to Europe. The Argentina Copa America winner has been linked to the club for several weeks and according to several reports, both Sevilla and River Plate have reached an agreement.

The 24 year old will join for a reported €10 million of which River Plate would have a sell on of 15% should Sevilla eventually sell the player for over €11 million.