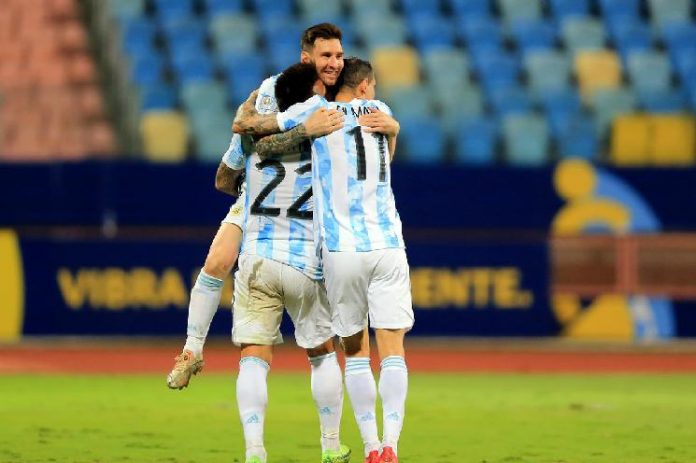 The referees have been named for Argentina’s three World Cup qualifying matches next month with one having recently officiated an Argentina match.

The 2020 Copa America champions will play Venezuela, Brazil and Bolivia next month as the South American World Cup qualifiers continue. Per a report by TyC Sports, the opening match vs. Venezuela on September 2 will see an all Uruguayan staff. Leodan González will be the main referee with Carlos Barreiro and Martín Soppi as his assistants. Gustavo Tejera will be the fourth official. In addition, the Chilean Cristian Garay will be in charge of VAR with the Uruguayan Nicolas Taran as his assistant.

Argentina will have a familiar referee for the second match on September 5 vs. Brazil. It’s going to be Jesús Valenzuela of Venezuela who will officiate that match. He was in charge of Argentina’s semi final win vs. Colombia at the Copa America. Tulio Moreno and Lubin Torrealba as his assistants and Carlos Betancur as the fourth official. Jhon Ospina will handle VAR with Jhon Leon as his assistant.

And Argentina’s last match of the month vs. Bolivia on September 9 will have Kevin Ortega of Peru as the official. michael Orue and Coty Carrera as his assistants with Michael Espinzoa as the fourth official. Victor Hugo Carrillo will be responsible for VAR With Milciades Saldivar as his assistant.