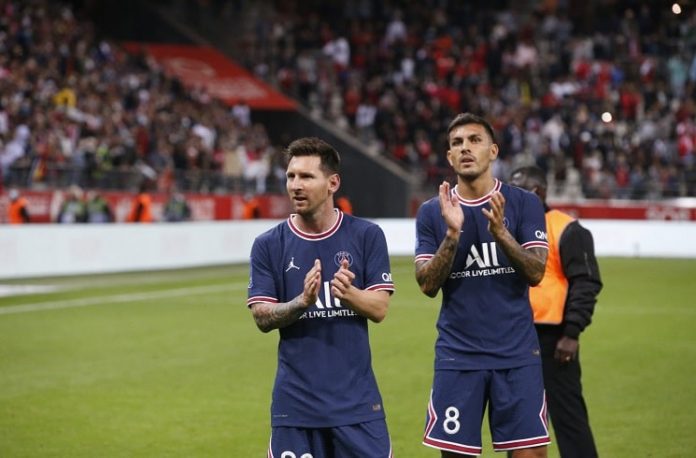 Lionel Messi made his long anticipated debut for PSG as Angel Di Maria assisted in the win.

Messi, for the first time in his club career, wore a shirt other than that of FC Barcelona. The greatest player in the world started PSG’s match vs. Reims on the bench, as did Leandro Paredes.

Angel Di Maria started the match and assisted in the first goal. Di Maria, the hero for Argentina in the final of the Copa America, crossed the ball into the penalty area which found Mbappe as he scored to give PSG the 1-0 lead.

With Di Maria on the pitch, Messi was substituted on for Neymar while Leandro Paredes was brought on for Marco Verratti. All three Copa America winners with Argentina were on the pitch at the same time.