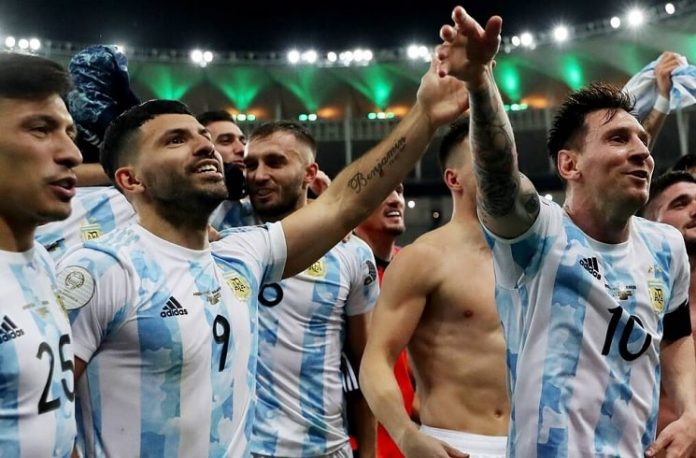 Argentina will have all 30 players for September’s World Cup qualifiers as players have already started to arrive to the training camp.

The Copa America champions will not have anyone missing, despite several of the top European leagues against the idea. The Premier League first released a statement that they would not be allowing their players to travel with their national teams for September’s World Cup qualifiers.

In addition to the Premier League, La Liga also released a statement, as did Serie A. However, all four Argentine players in the Premier League will take part in the matches. Franco Armani and Julian Alvarez travelled with the Argentina staff to Venezuela on Thursday and are presently in Venezuela, where they will play them on Thursday.

Emiliano Martinez, Emiliano Buendia, Cristian Romero and Gio Lo Celso all travelled and arrived to Venezuela. As we reported yesterday, Aston Villa released a statement regarding Emiliano Martinez and Emiliano Buendia. Both would only be available for Argentina’s first two matches in September. They would be able to participate in the match against Venezuela and the match against Brazil but not against Bolivia.

All of the Argentine players called-up to the national team for September’s matches have arrived to Venezuela except for Lionel Messi, Angel Di Maria and Leandro Paredes. Because of PSG’s late match on Sunday, the three Copa America winners took a private jet from Paris where they are expected to land on Monday. Here are the players that have been called-up for September’s World Cup qualifiers: