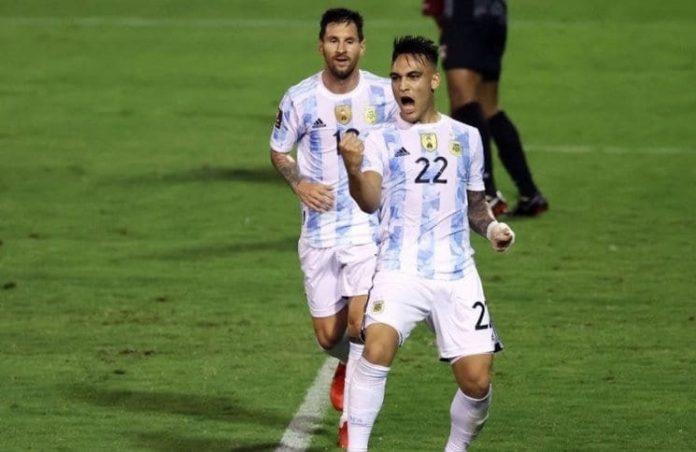 Lautaro Martinez commented on Argentina’s 3-1 win against Venezuela and about scoring a goal.

Martinez, now on 15 goals in 30 matches for the Argentina national team, scored the first goal of the match, his third in the World Cup qualifiers. Speaking after the match, here is what Lautaro had to say:

“For a striker, it’s important to score but the most important thing is that the Argentina national team win. You always have to think about the group.”

He also spoke about the match against Brazil on Sunday:

“The match against Brazil will be nice. It’s unique matches and we are going to try to prepare for it in the best way possible. We will try to face them the same way we did in the Copa America final.”