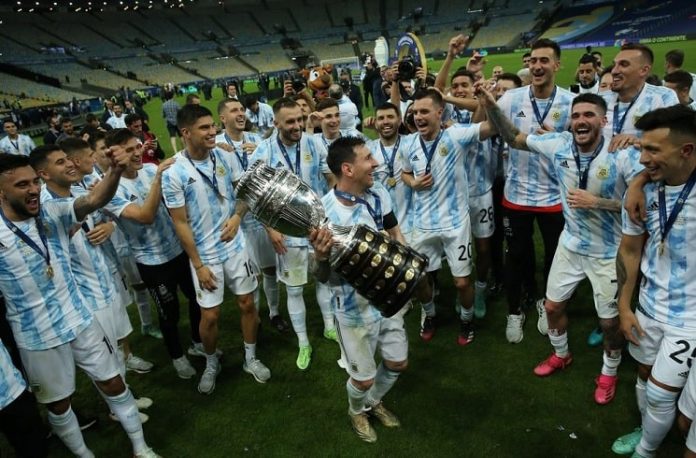 Argentina play their first match since being crowned as Copa America champions and coach Lionel Scaloni reportedly has most of his players selected for the match.

Scaloni stated in a press conference on Wednesday that the team which will start Thursday’s World Cup qualifying match against Venezuela will be similar to that which started the Copa America final. And according to reports, there’s only one doubt remaining in the eleven.

With both Cristian Romero and Leandro Paredes suspended for the match, German Pezzella and Guido Rodriguez are expected to start in their place. Per TNT Sports, this is the rumored eleven:

It would be between Gonzalo Montiel and Nahuel Molina on the right as the rest, Pezzella and Guido aside, started the final which won Argentina their first trophy in 28 years.