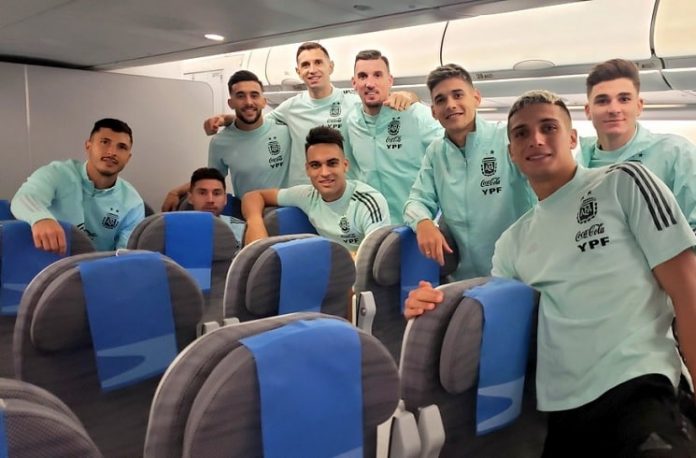 The Argentina national team have flown out of Brazil with all four of the Premier League players on the flight.

With Argentina’s match against Brazil called-off, the team took a flight to Argentina where they will play Bolivia in a World Cup qualifier. On that flight were Emiliano Martinez, Cristian Romero, Gio Lo Celso and Emiliano Buendia.

Lionel Scaloni’s team remained in the stadium for over an hour following the end of the match.