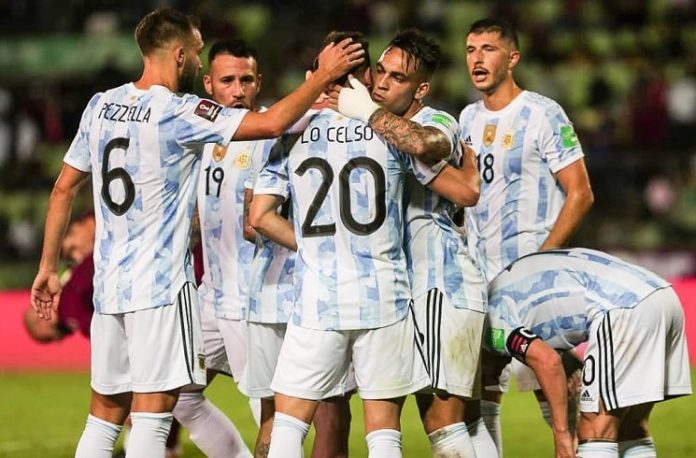 The Argentina starting eleven for their match against Bolivia has been announced with Scaloni going with a few changes from the last match.

Argentina national team coach Lionel Scaloni makes four changes from the last match. As we reported earlier, Scaloni had mentioned that Juan Musso will be starting the match. Nahuel Molina starts instead of Gonzalo Montiel while Pezzella is back in the eleven with Cristian Romero out of the team.

It was between Alejandro Papu Gomez and Nicolas Gonzalez but it is Papu Gomez who starts. This is the eleven:

Three players don’t make the bench as Juan Foyth, Nicolas Tagliafico (with a knock) and Nicolas Dominguez are out.