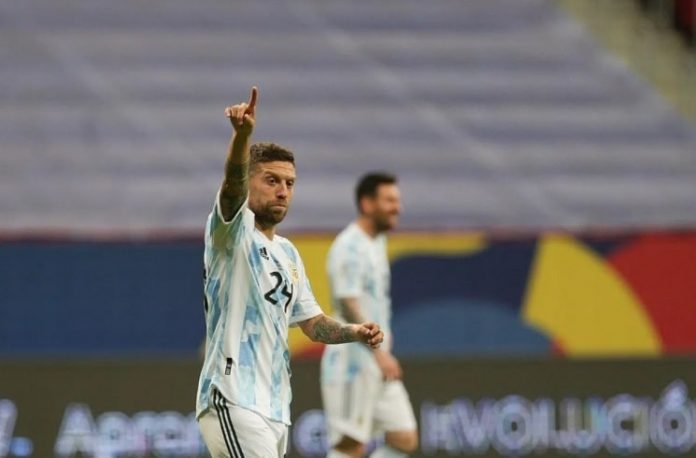 The Argentina starting eleven has one remaining spot with nine players on yellow cards.

Lionel Scaloni reportedly has his starting eleven completed with one doubt remaining. As we reported yesterday, Scaloni stated that Juan Musso will be starting the match for Argentina. In addition, ESPN Argentina are reporting the following as the eleven:

It would be a few changes from the last eleven against Brazil with Musso starting with the doubt beingbetween Gonzalo Montiel and Nahuel Molina.

In addition, nine players are on a yellow card. Those nine being the following: