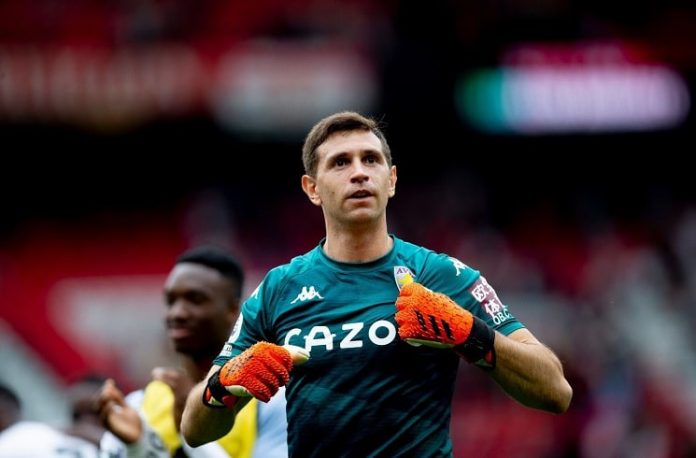 Emiliano Martinez once more in the middle of a penalty kick and once more, he ended up getting the win.

Martinez started for Aston Villa and with them leading 1-0 vs. Manchester United at Old Trafford, United were awarded a penalty late in the match. While all eyes were on Cristiano Ronaldo, it was the Argentine who stepped up and stole the show.

When the penalty was awarded, Martinez stepped towards the penalty spot and was shouting at Cristiano Ronaldo taunting him to take it. This was similar to when Martinez was a penalty hero for Argentina vs. Colombia in the semi finals of the Copa America.

It wasn’t Cristiano Ronaldo who took it but Bruno Fernandes as he skied his penalty. Martinez would end up doing a dance while looking at the fans.

Emiliano Martinez to the Man Utd fans after Bruno Fernandes missed the penalty. This man is a living legend. 😭 pic.twitter.com/ooQInzKLJ9