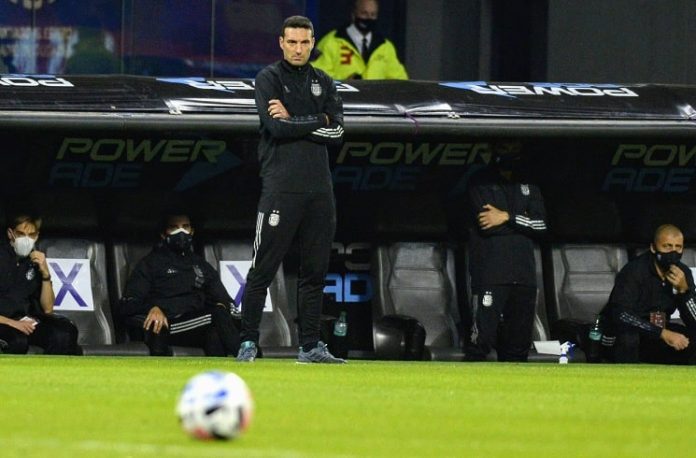 Lionel Scaloni spoke about the team, Paulo Dybala and Sergio Aguero, the October matches and the Copa America. Speaking in an interview with the AFA Youtube channel, here is what he had to say:

“I’m eager that the matches arrive because they are important games and we believe we are well. We have a base, 80 or 90% of those called-up are the same. That gives you peace of mine even if you have little time to work. We are not invincible, far from it. We know where we stand. We have to do what we do well and there are always things to improve.

“Between the first and second match there are two days or so to prepare. The big problem is that you already arrive there with a work load and you can’t ignore the third. Having three matches is new but we have a large squad. It’s something unusual, especially in South America where trips are long. Luckily, this time we do not have them but when you have to play far, it’s a problem.”

“It worries us because time passes and we can’t give them matches. Above all, it’s difficult when the group is already consolidated. I would have liked to have been able to count on Paulo, on Sergio, players that we like. For one reason or another, we can’t count on them. It’s a setback but there are guys who can do the same or even better.”

In regards to the youth team:

“The youth haven’t had the continuity that we would have wanted but we’re all with the same idea, with the same anxiousness that it continues like this.

“We would have liked for the youth to train with us but the pandemic disrupted that. We want the kids to see their idols and for them to gain a sense of belonging and love for the shirt.

Regarding the team and winning the Copa America:

“The idea when the pandemic passes is to continue with a line a work. To feel the shirt and to have a sense of belonging.

“I like to see that people enjoy it and remember it but the triumphs last very little. In my case, it was only one day because after that I started to think of what was coming. We will realize what we have achieved later on.

“The fan has been waiting for it because this shirt has deserved to win other things in recent years. I’m happy because it happened to us, not for us but for the people. I’m grateful for the affection but you have to continue. It was unjust that they didn’t want another title. They deserved it, as much in the World Cup final as the other two Copa America’s that they lost. It touched us too.”