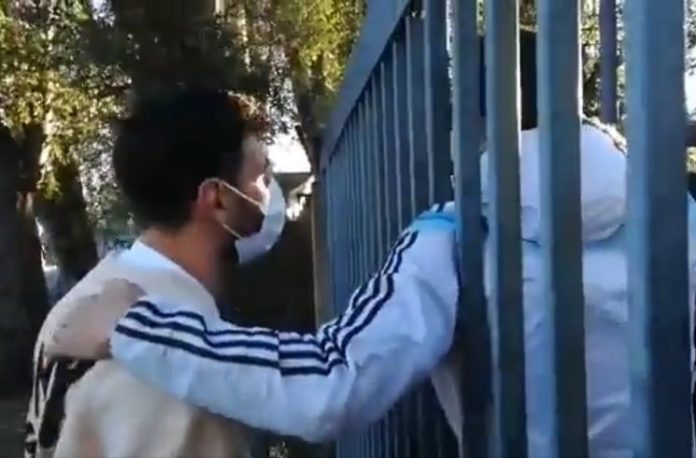 Lionel Messi along with Angel Di Maria and Leandro Paredes landed in Argentina as coach Lionel Scaloni has the entire squad at his disposal.

Messi, Di Maria and Paredes were the last three to land but Messi had fans waiting for him. The three landed on Tuesday morning while the rest of the squad was all there by Monday. However, when landing, they were greeted by two fans.

Videos on social media show the Argentine players arriving and entering a van waiting to take them to join the rest of the squad. But one of the videos recorded by one fan shows Messi entering the van as the fan starts saying that they are only two and that they have been there since 4:00 am waiting.

The video goes on for several seconds until Messi leaves the van, signs their autographs.

Argentina coach Lionel Scaloni will hold a training on Tuesday afternoon as the Copa America champions play Paraguay on Thursday in a World Cup qualifier.

Lionel Messi leaving the van and walking to sign autographs and take pictures with the Argentina fans. In a separate video, one of the fans said they had been there since 4:00 am waiting. The video via @okdobleamarilla. pic.twitter.com/Ph03sX2IpS