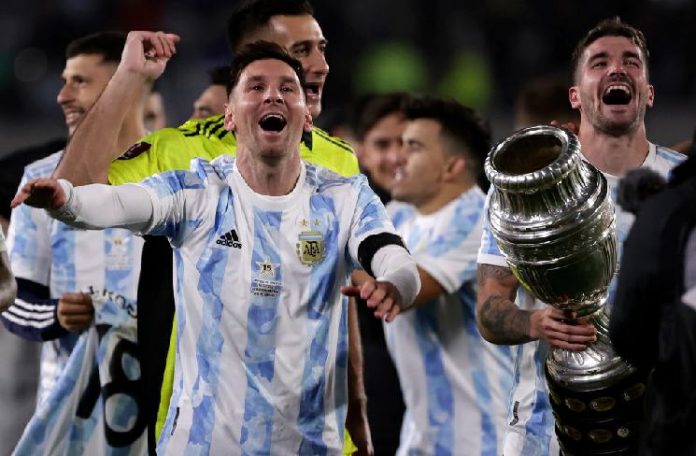 Argentina play three matches in October with one away and two at home.

The Copa America champions will play their first of three matches away on Thursday, October 7 vs. Paraguay. This would be the second match against Paraguay in these World Cup qualifiers, with the first one ending in a 1-1 draw.

Lionel Scaloni’s team play their second match in October against Uruguay. It will be on Sunday, October 10 at the Monumental. This would be their first match against them in the World Cup qualifiers.

After that is the third match in October against Peru. That one will be on Thursday, October 14 at the Monumental. This would be the second time against Peru in the World Cup qualifiers, with the first match ending in a 2-0 win.

Scaloni has named his squad for the matches and in addition included Facundo Medina. The 22 year old was called-up as Marcos Acuña had suffered a knock and was a doubt for the matches. Acuña has since played for Sevilla and would be available for the matches.

Of the players named, Paulo Dybala, who is injured, will not be part of the team. Here are the players that have been called-up: