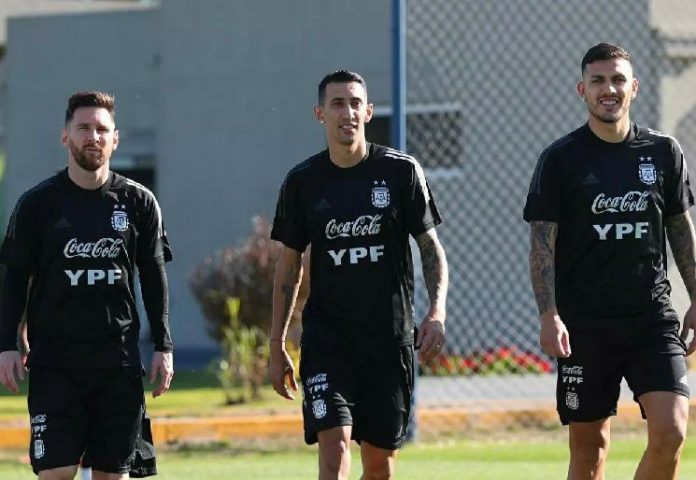 Lionel Messi and his PSG team mates Angel Di Maria and Leandro Paredes were the last to join the group in the morning with all three rumored to be starting vs. Paraguay on Thursday. According to several reports out of the Argentine media, Scaloni is rumored to be starting the same eleven which won the Copa America. Here is the rumored eleven: