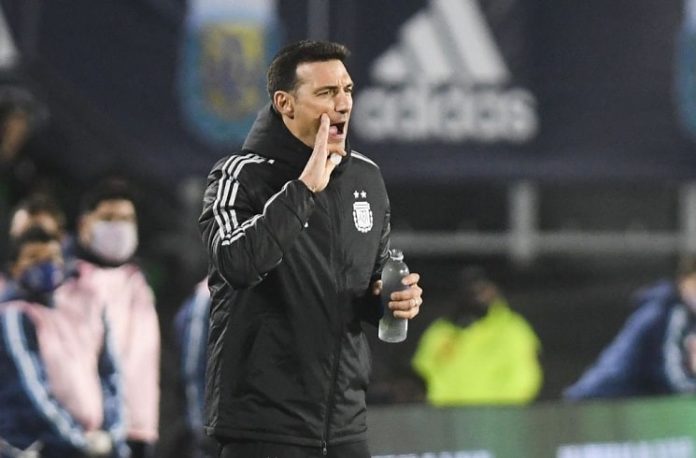 Lionel Scaloni commented on the team, the match against Paraguay and the October World Cup qualifiers. The Copa America champions trained on Wednesday with Scaloni speaking to the press after the training. Here’s what he had to say:

“The team is not yet confirmed but it’s almost 99% going to be the one from the Copa final. We might make a small change based on a player that has some discomfort.

“The challenge I have as a coach is that the team competes in every match, and to improve where needed. On a collective level, the team is performing regularly.

“We are functioning well as a team. On the other side, it’s obvious that we have players that on an individual level, can define a match. The players should be ready for what the coach decides. Our choices are always because of football and for what they can bring us match by match.

“We are happy with this group. We always take into consideration how the players are doing at their clubs.”

In regards to the World Cup qualifiers:

“Our intention is to take it match by match. It’s our way of working and we believe that we will continue to do well that way.

“We watch all of our rivals. How they can cause us problems. We are constantly watching football. We want to add to our knowledge all the time.

“Paraguay are an uncomfortable team to play. We will see how they approach the game, our way of playing will not change.

The coach also commented on Julian Alvarez, who has been in great form:

“We appreciate Julian (Alvarez) very much. He’s growing enormously. He’s a guy whom, in addition to giving us a lot in terms of football, in training, it’s incredible how he works. Him playing or not has nothing to do with his age.”

As Scaloni mentioned, the team would be that from the Copa America final. The player in doubt appears to be Marcos Acuña who had suffered an injury with his club. This would be the starting eleven: