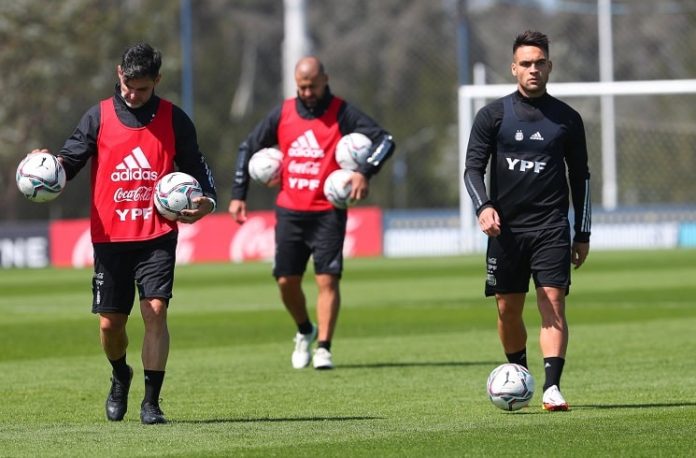 Argentina national team coach Lionel Scaloni made four changes in training prior to the team flying out to Paraguay for their World Cup qualifier.

Lionel Scaloni stated on Wednesday at a press conference that the eleven which would start Thursday’s World Cup qualifier against Paraguay would be the same which won the Copa America. However, according to media outlets in Argentina, during the last training session, Scaloni made four changes to the team.

In the back line, Scaloni put Nahuel Molina in place of Gonzalo Montiel. The other changes were Alejandro Papu Gomez for Gio Lo Celso, Angel Correa for Angel Di Maria and Joaquin Correa in place of Lautaro Martinez.