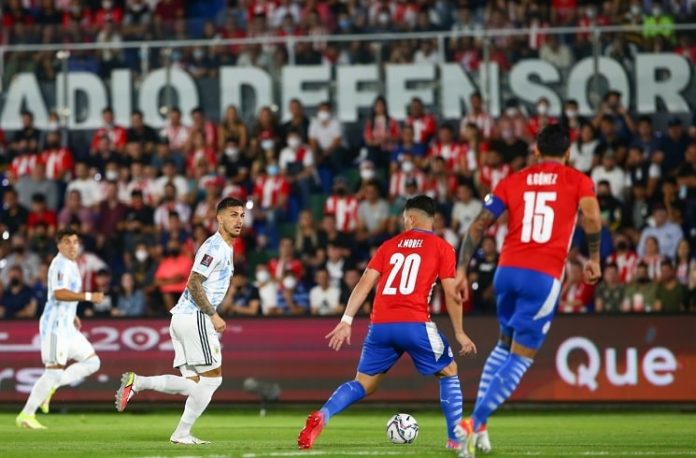 Argentina created many chances but were not able to score in a 0-0 draw vs. Paraguay.

A first half which was very physical as the referee kept his cards in his pocket as Paraguay were often fouling. Lionel Scaloni made no changes at half time.

The second half was much of the same as the first with Argentina creating but being unable to score. Marcos Acuña was substituted off due to an injury and it was Nicolas Tagliafico replacing him. Emiliano Martinez made two great saves for Argentina both of them from very close range.

Scaloni made two chances as he brought on Alejandro Papu Gomez for Rodrigo De Paul and Guido Rodriguez for Angel Di Maria. Still unable to score, Nicolas Gonzalez was substituted in for Gio Lo Celso and Julian Alvarez for Joaquin Correa.

Alejandro Papu Gomez had a great effort from outside of the penalty area which was saved as the match ended in a draw.