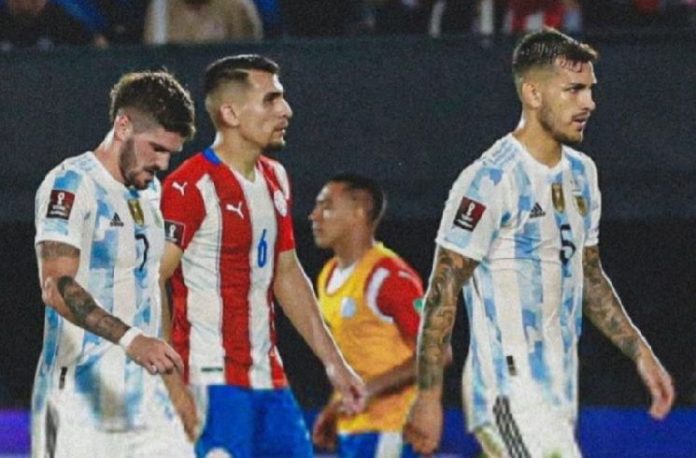 Leandro Paredes spoke about Argentina’s 0-0 draw vs. Paraguay in the World Cup qualifiers.

Paredes was the only midfielder who played the entire match for Argentina. Both Gio Lo Celso and Rodrigo De Paul were substituted as Paredes remained on the pitch. Speaking to TyC Sports after the match, here is what he had to say:

“It’s a weird feeling because we played a match to win the three points. We created a lot of chances but little came to us. We suffered very little except for the occasional counter attack. But we didn’t lose, that is also important.

“The pitch wasn’t in the best condition. Still, we tried. The point serves us. We missed scoring. We had a great match.”