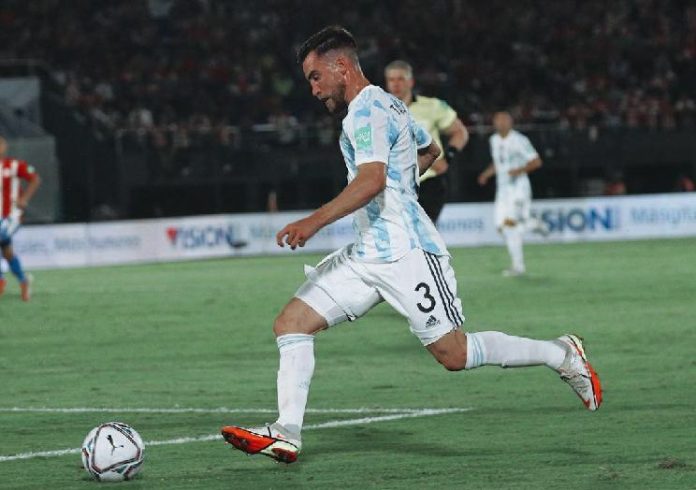 Tagliafico was brought on as a substitute in the second half. Marcos Acuña suffered a knock and as stated by coach Lionel Scaloni, they didn’t want to take any chances. Tagliafico was substituted on and played a good match. Speaking to the media, here’s what he had to say:

“It was a positive match, despite not getting the result we wanted. The pitch wasn’t in the best conditions but that’s not an excuse. The deficit today was not being able to score. It has been a long time that we haven’t played with fans and that euphoria and adreline is very good.

“We played very good football at times. Maybe we needed to have more control of the match. At times, Paraguay was able to counter attack and that created danger for us. That is one of the things that we can improve: to be better defensively when attacking.

“World Cup qualifying matches are always like this, against this opponent too. They are very difficult matches, stuck, they fight a lot, they try to fight. We got to their goal often, today we couldn’t score but we are on the right track. This is long and there are still many matches left.”