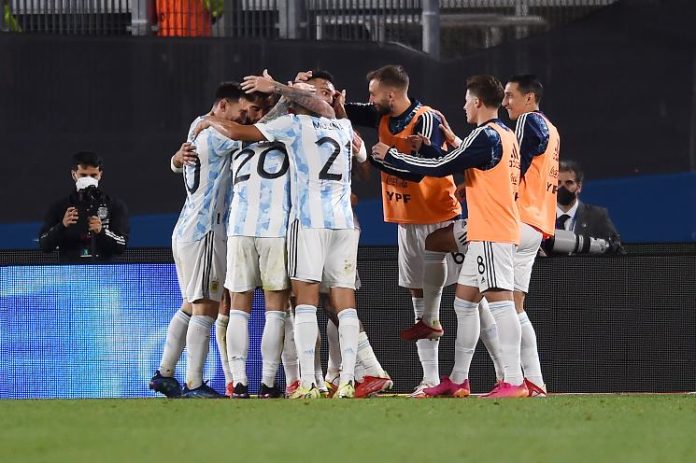 Argentina national team coach Lionel Scaloni had his team training on Monday as rumors of a starting eleven beginning to come out.

Lionel Scaloni will try to go 25 matches undefeated after his team’s 3-0 win vs. Uruguay in the World Cup qualifiers. Everyone trained on Monday except for Joaquin Correa. As we reported on Monday, Correa finished the last match not in the best of conditions and he trained separately from the rest of the group.

There are rumors that Guido Rodriguez and Alejandro Papu Gomez have chances to start the match in place of Leandro Paredes and Gio Lo Celso. Both Paredes and Lo Celso have started both of Argentina’s World Cup qualifying matches in October.

In addition, Angel Di Maria could be back in the eleven. Nicolas Gonzalez started the match against Uruguay while Di Maria came on as a substitute. This is the rumored eleven: