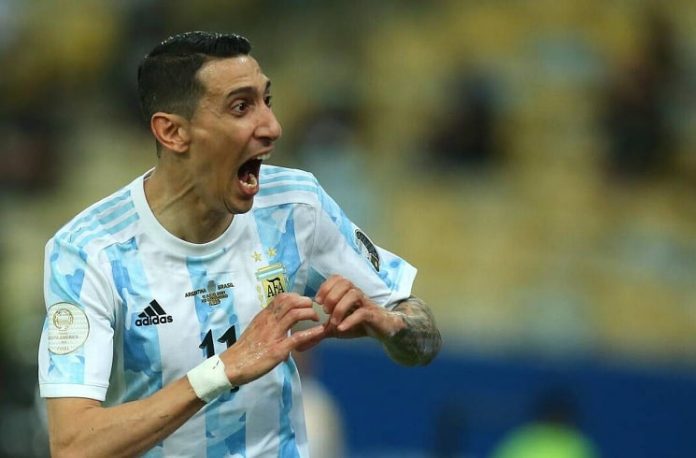 Angel Di Maria commented on winning the Copa America with Argentina, his goal against Brazil and the team.

Di Maria will forever go down in the history books as the player who scored a goal in the final to give Argentina their first trophy in 28 years. A goal in the final and against Brazil. Speaking in an interview with TyC Sports, here is what he had to say:

“The Copa America means everything. It’s what I had been looking for since I was a kid and everything that is happening to me now.

“When I see the Copa America, a million things go through my head. First, the ugly moments that have happened to me and after that everything beautiful. Having won a trophy after 28 years, the happiness of the people and the joy from my family. We are all part of this beautiful thing that will be remembered forever.”

If it is the most important goal he has ever scored:

“Hopefully there’s another goal even more important in the short term.”

“Even before the goalkeeper came out, I knew what I was going to do. Chipping it is better for me than hitting it hard. I knew there was no offside, nothing. It was a goal.”

Regarding the team and having the fans back:

“It’s a spectacular atmosphere. We haven’t changed a lot of players and that makes the team stronger every time and we know each other more every time. The happiness that you breathe is something very beautiful.

“It’s not the same thing having fans in Europe than in Argentina. It’s something else. After having won the Copa America, the people come with an immense emotion and it makes us live something so beautiful.”

In regards to the match against Peru:

“It’s going to be a messed up match against Peru. They need points and we have to keep going with the same objecetive of getting the three points to get to Qatar as early as possible. Qualifying is the most important thing to continue to work with a peace of mind.”