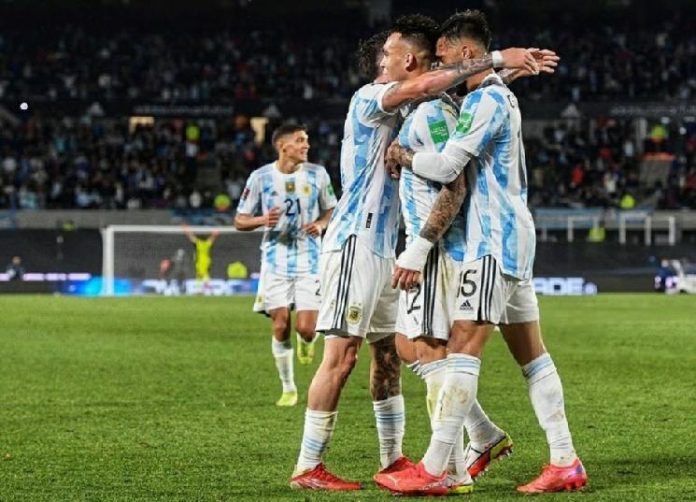 Argentina national team coach Lionel Scaloni has three doubts in regards to his starting eleven while Joaquin Correa trained separately from the group.

Lionel Scaloni reportedly has most of his eleven already decided with two doubts. Marcos Acuña is back and trained with the group after having started against Paraguay but rested in place of Nicolas Tagliafico against Uruguay. Scaloni has not yet decided on which one of Acuña and Tagliafico will start against Peru on Thursday.

Scaloni will also have to decide between Nahuel Molina and Gonzalo Montiel. It was Molina who started both of Argentina’s World Cup matches against Paraguay and Uruguay but could be rested against Peru in the last qualifier of October.

The third doubt is that up front between Angel Di Maria and Nicolas Gonzalez. Di Maria started the match against Paraguay while Nicolas Gonzalez replaced him against Uruguay in the 3-0 win.

Joaquin Correa, who started the match against Paraguay and was substituted on against Uruguay, finished the last match not fully fit. He did not train with the group on Tuesday in training. According to Ole, this is the rumored eleven: