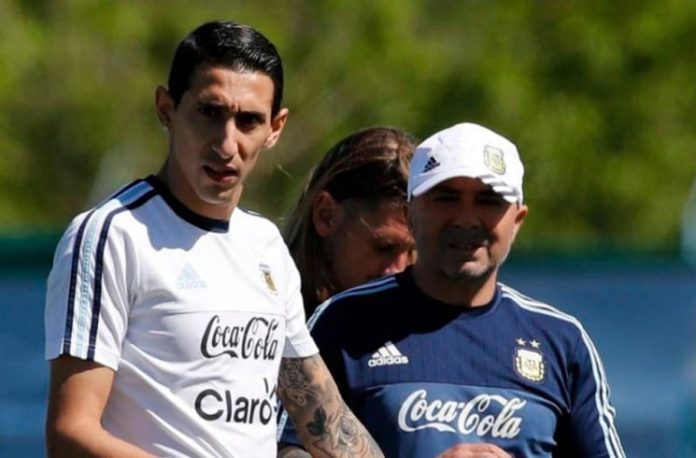 Angel Di Maria along with Lionel Messi will both play for PSG against Marseille, a team coached by former Argentina national team manager Jorge Sampaoli.

Di Maria and Messi were both part of the Argentina national team at the 2018 World Cup which was managed by Sampaoli. A lot of controversy surrounded Sampaoli and his team selection in addition to the reported in disagreements he had with the players and the coaching staff.

On Sunday, it will be PSG playing against Marseille with two Argentine coaches at the helm. Mauricio Pochettino for PSG and Jorge Sampaoli for Marseille. Speaking in an interview back in September with TyC Sports, Di Maria spoke about things were with Sampaoli coaching Argentina. Here’s what he had to say:

“The truth is that it started very well and ended badly. Every time he would come to Paris, he would tell me he had Leo, myself and the others. He treated me as if I was one of the best players but after one match, he would leave me on the bench during the World Cup, without an explanation.

“The next match against Croatia, I didn’t even warm up. The third match against Nigeria, I played because it was obvious he was going to put the big players because the catastrophe was coming.

“He is a very odd person. He started off very well with everyone and ended very badly with everyone. A lot of things happened between himself and Beccacece, there was no one to guide you. It was a shame because it was Masche’s last World Cup and it ended up in the worst way possible.

“We had a team and players for much more (than what they achieved) because when we played against France, Kylian (Mbappe) later told me in Paris that they were really screwed when they had to play against us. You could tell because when we went 2-1 up, they were screwed in the back. But well after that we had bad luck, a goal from another world and after that Kylian’s speed killed us. We could have passed.