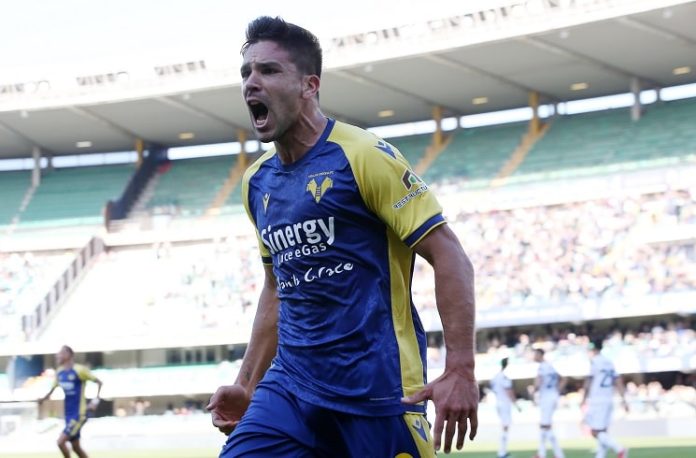 Giovanni Simeone scored four goals for Verona in their 4-1 win vs. Lazio.

Simeone managed four goals against his father’s old team Lazio as he made it six goals in eight matches this season, six goals in his last four matches. He would give Verona the 1-0 lead with a through ball in to Simeone who made a run inside the penalty area and scored.

The Argentine would make it 2-0 with a goal from outside of the penalty area with his shot going into the corner of the net. With Lazio scoring, it was 2-1 for Verona but a ball into the penalty area and a finish by Simeone as he would complete his hat trick.

But at 3-1, Simeone was not done yet. A cross sent into the area found the 26 year old who would head it in to give Verona the 4-1 lead.