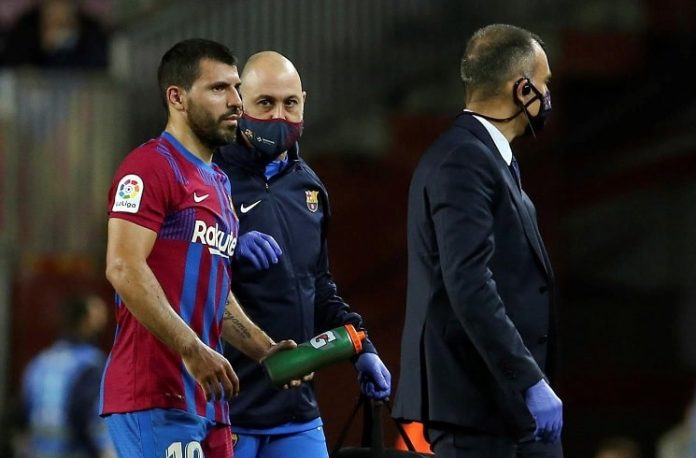 Sergio Agüero is out for three months as he will miss Argentina’s World Cup qualifiers.

Aguero looked to be off to a good start with FC Barcelona following his injury. He was brought on as a substitute and scored against Real Madrid and on Saturday started for FC Barcelona. However, he had to be substituted off early in the match due to chest discomfort and it was later revealed that he has a heart arrhythmia.

He was ruled out for FC Barcelona’s match against Dynamo Kiev in the Champions League as the club released a statement regarding his situation. They stated that he underwent a diagnostic and therapeutic procedure and that the effectiveness of the treatment over the next three months will determine his recovery.

The 33 year old would not return before the start of the new year. For Argentina, that means he would not be taking part in the World Cup qualifiers in November.