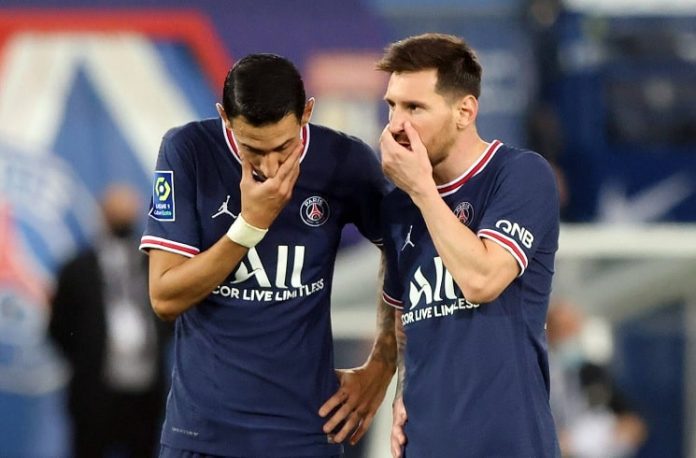 The fourth matchday of the Champions League begins on Tuesday with Lionel Messi out for PSG as it is the reverse fixtures of the last matchday.

Messi has been left out of the PSG team against RB Leipzig. He is suffering from discomfort in his left hamstring and pain in his knee. Leandro Paredes is another one who is out for PSG as he is not expected back before a few weeks. Angel Di Maria and Mauro Icardi have been included in the PSG team.

Paulo Dybala is back for Juventus and has taken part in their last few matches. He is expected to start for them as they host Zenit. The Argentine has one goal in one match this season in the Champions League.

Geronimo Rulli and Juan Foyth are in second place in their group as Villarreal host Young Boys. They have one win out of three and a win on Tuesday could potentially take them to first in the group.

Nicolas Capaldo and RB Salzburg lead the group as they host last place Wolfsburg. A win for them would ensure that they qualify for the next round.

Sevilla have five Argentine players in their team and a win would keep them in second place. They won’t have Alejandro Papu Gomez who is not fit but would do have Lucas Ocampos, Erik Lamela, Marcos Acuña and Gonzalo Montiel.

Nicolas Otamendi and Benfica are away to one of the favorites Bayern Munich. Benfica suffered a heavy 4-0 defeat at home against Bayern in the last match.

FC Barcelona will be without Sergio Agüero who is out for at least three months due to a heart arrhythmia. They are away against Dynamo Kyiv in a match they need to win.

Juan Musso had a great performance against Manchester United at Old Trafford. While they took a 2-0 lead and lost 3-2, the Argentine made several great saves and was one of Atalanta’s best players. He along with Jose luis Palomino are expected to start.

Rodrigo De Paul and Angel Correa both played in a controversial 3-2 loss against Liverpool. Diego Simeone’s men travel to Anfield where they will look to get the three points.

Agustin Marchesin and FC Porto are away against last place Milan. Porto are presently on four points along with Atletico Madrid with Milan losing all three matches in their group.

Lisandro Martinez was absolutely stellar for Ajax against Borussia Dortmund when they won 4-0 against them. Nicolas Tagliafico is also in the squad as a win for Ajax would have them qualify for the next round of the Champions League.

Lautaro Martinez and Joaquin Correa are both in great form with scoring five goals in 10 matches for Inter in the league and Correa scoring twice in their last match. Inter are away against Sheriff who lead the group.

Here are the matches in the Champions League involving Argentine players: