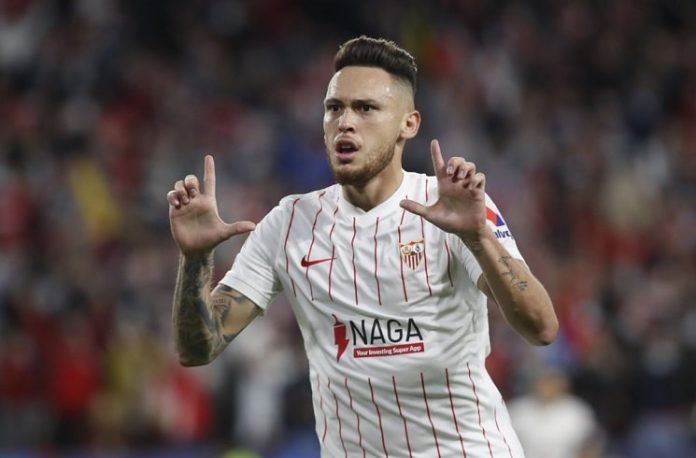 Lucas Ocampos scored for Sevilla in their 2-1 loss vs. Lille in the Champions League.

Ocampos scored and gave Sevilla the early 1-0 lead in their match on Tuesday. Sevilla would have an effort on goal which was stopped by the goalkeeper but Ocampos would score the rebound. This was his first goal in the Champions League since November 2014 when he was with Monaco and scored against Leverkusen.

Marcos Acuña would also start the match for Sevilla while Gonzalo Montiel and Erik Lamela were brought on as substitutes.