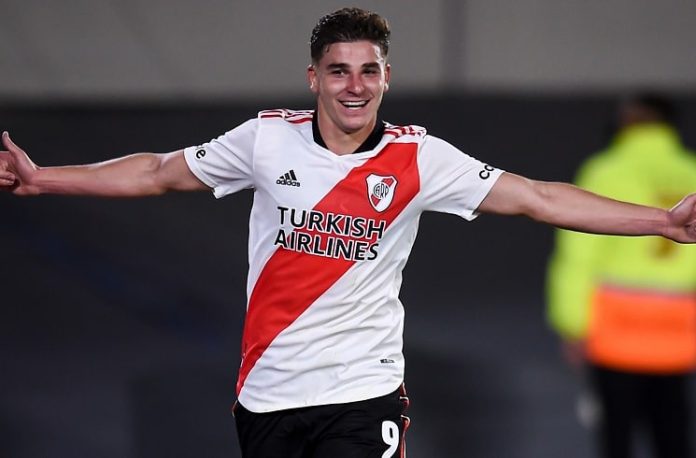 Julian Alvarez scored four goals for River Plate in their 5-0 win vs. Patronato.

Alvarez has been the star of the league in Argentina, scoring 15 goals in 16 matches. Still only 21 years old, the Argentine has been in great form this season.

With the score at 1-0, a shot from outside of the penalty area was stopped by the goalkeeper but Alvarez got the rebound to score and double their lead. Alvarez would score his second of the match as he stole the ball from the goalkeeper and scored from a tight angle.

He would make it 4-0 as once more the goalkeeper would stop a shot and the ball would bounce in front of Alvarez as he would head it in for his hat trick. The most prolific striker in South America, the Argentine would make it 5-0 as the ball was played into the penalty area and Alvarez would strike it over the goalkeeper.

Argentina national team coach Lionel Scaloni has included Julian Alvarez in the team for the matches this month.