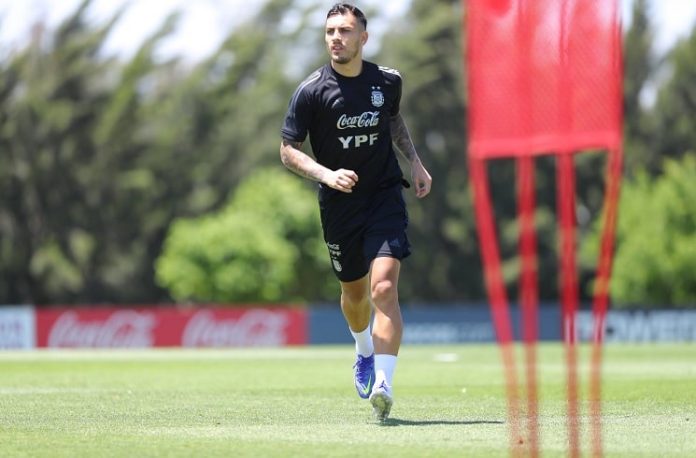 Leandro Paredes trained with the Argentina national team after the 1-0 win against Uruguay in the World Cup qualifiers.

Paredes trained with the rest of the team on Saturday after missing the 1-0 win. Argentina national team coach Lionel Scaloni started a midfield of Rodrigo De Paul, Guido Rodriguez and Gio Lo Celso on Friday. Lionel Messi also trained normally and with the team after having played only 15 minutes against Uruguay on Friday and being brought on as a substitute.

Lionel Messi would be set to start the match against Brazil as it was Paulo Dybala who replaced him in the win and he was replaced by Joaquin Correa. Argentina play Brazil on Tuesday in a World Cup qualifier.